The World of Medical Prosthetics and How Springs Fit In

The field of medical prosthetics has advanced in leaps and bounds. Progress in engineering and manufacturing has allowed artificial limbs and joints to change the lives of millions of people around the world, but we’re still not done. 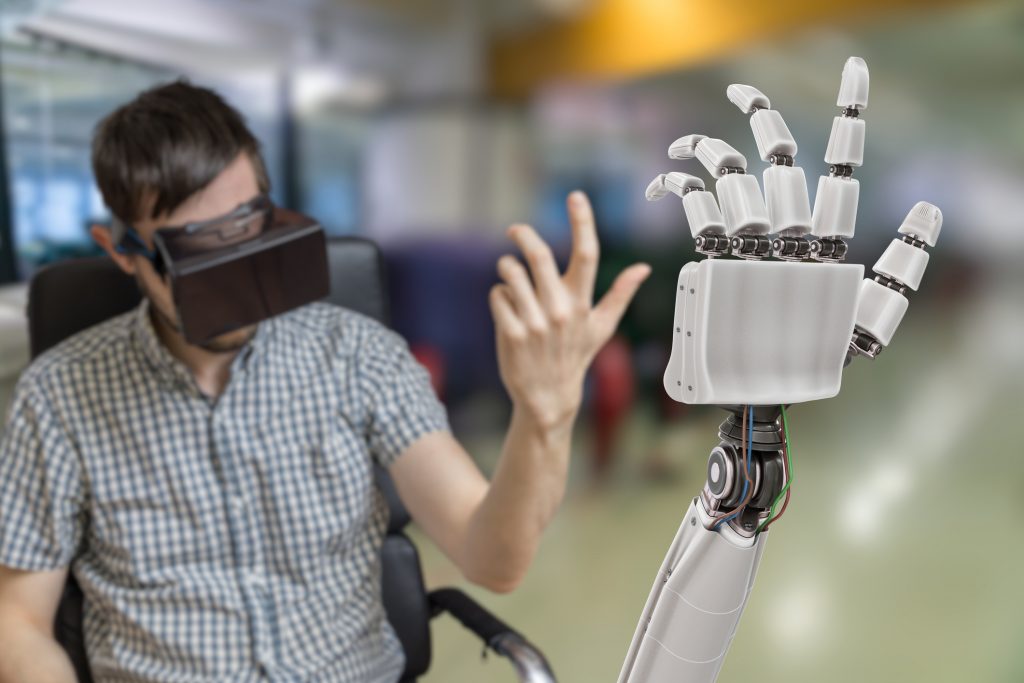 Manufacturers of medical prosthetics continue to push boundaries, creating limbs that are not just better, but that combine aesthetics with functionality; the advanced prosthetics we see today contain small components, such as springs, that allow them to act almost like a natural limb.

Below, we take a look at medical prosthetics and how springs can facilitate the development of ground-breaking technology in the industry.

A Brief History of Prosthetics

Prosthetic technology has been around for millennia; prosthetics date back to around 3,000 years ago in Egypt, where archaeologists discovered a carved wooden toe with a piece of leather that could be fitted onto a foot. One of the earliest mentions of a prosthetic comes from Herodotus, a Greek historian who told the story of a man who cut off his foot to escape his Spartan captors and had it replaced with a wooden limb.

In the 16th century, Ambroise Paré, an innovative French battlefield surgeon, created the first functional mechanical limb, which was a hand with flexible fingers that worked by catches and springs. The 19th century saw the creation of articulated prosthetic limbs. While prosthetic limbs have existed for a long time, they rose in popularity in the UK after World War I, after approximately 41,000 British soldiers needed amputations.

As technology improved, prosthetics became increasingly sophisticated with the employment of innovative materials and state-of-the-art technology.

The Technology of Today (and What to Expect in the Future)

According to Which-50: “11 million children and adults globally face a life without a hand, arm, foot, or leg due to war, diabetes, cancer and trauma.” It’s therefore more important than ever to carry on research that is fundamental to the advancement of prosthetic technology.

So far, this research has led to significant progress. Businesses like Next Step Bionics & Prosthetics provide the most progressive technology in the industry by working directly with manufacturers. The company offers products such as the BiOM Ankle System from iWalk, a prosthetic designed to improve mobility via propulsion technology while reducing stress on the body.

3D-printed prosthetics are also becoming more common. They’re not as cost-prohibitive as other high-end prosthetics, making them sustainable and easy to tailor to different individuals. They’re also heavily used in developing countries where most citizens can’t afford expensive medical prosthetics. LimbForge have been creating and printing 3D models of arms, elbows, forearms, wrists and hands from a plastic material which can be easily adapted to the wearer.

UK-based company Open Bionics are also creating 3D-printed limbs for the NHS which can allow amputees to write, walk and shake hands again. Not only are they aesthetically desirable, but they’re also cost-effective.

The brain will be key to developing even more complex prosthetics that increasingly resemble natural limbs. Cathy Hutchinson, a quadriplegic 58-year-old woman, was able to lift a bottle to her mouth to drink after researchers at Brown University connected a robotic arm to Hutchinson’s neural network. In 2012, Zac Vawter climbed up the 103 floors of the Willis Tower in Chicago by walking up the stairs while wearing a prosthetic leg connected to his brain.

While myoelectric limbs, which convert muscle movements to electric signals, have become a lot more common in the past few years, thought-controlled prosthetics may very well be the future of medical prosthetics. They’re capable of offering the closest approximation to natural limbs, especially in regard to functionality.

Prosthetics are not just limited to limbs, however. Researchers have already been able to replace certain organs in the body with artificial ones, like the pancreas. This has the possibility to become a widespread treatment for type 1 diabetes (or even the prominent method) after a successful trial where 29 patients were given an artificial pancreas.

Prosthetics have changed immensely from uncomfortable wooden limbs to high-tech prosthetics that are capable of moving like natural limbs through implants in the brain. With new advancements made in the field of prosthetics and bionics, it’s not that far-fetched to believe that we’re moving towards the bionic human.

As custom spring manufacturers, we know just how crucial it is to have the right component for a product, including artificial limbs. Talk to us if you require springs that need to be tailor-made for your project.