Despite the big-name, high-profile infrastructure projects – Hinkley Point C nuclear power station and High Speed 2 rail link to name just two – and the news that the engineering sector generates around a quarter of the nation’s GDP, equating to approximately £420.5 billion, the issue of a skills shortage facing the industry does not appear to be going away any time soon.

Some years ago – five to be precise – we wrote an article about the gap in the labour market, yet since then not much seems to have changed in terms of either the numbers of engineers coming through the system or those still needed to meet future demand.

That almost three-quarters of businesses stated they were not confident there would be enough people with the skills to fill their high-skilled job vacancies should come as no surprise. The evidence gathered by Engineering UK in their 2018 publication, The State of Engineering, highlights that the vacancy ratio has remained at 2.6 vacancies for every 100 jobs filled.

In order for the UK to remain competitive and equipped to deal with the pace of technological and socio-economic change, this is an issue that needs to be urgently addressed, particularly if we want to see the kinds of infrastructure investment and progression that a modern-day economy needs. Just to deliver the proposed upgrades to the rail network, for example, a further 7,200 technical and engineering workers will be required by 2020.

As spring manufacturers, we continually keep a close eye on issues affecting the wider engineering sector. Here, we detail some of the key things that need to be addressed in the coming years.

Engineering for the Future

It is clear that to continue as we are and hope that the ingenuity of engineering will solve its own problems is not only unrealistic but also unlikely. The fact that we wrote on this subject half a decade ago and are in the same position today underlines this point.

The continued lack of certainty around a post-Brexit Britain doesn’t help matters; however, it is not sufficient to use that as a reason for not taking any action at all. Intervention is needed, and there are a number of steps that can be and, indeed, are being taken.

Surely a quick win would be for engineering as a discipline to tap into non-traditional sectors of the labour market and diversify its workforce. In 2016, women accounted for 46.9% of the overall working population in the UK, yet they represent less than a fifth of the engineering industry in general, and even less (12%) of the core and related-engineering roles. 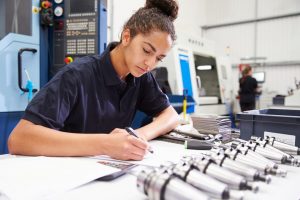 Diversity Still an Issue in Engineering

When the figures are examined, it shows that the number of women entering the field decreases at various stages; at secondary school level, the number of boys taking STEM subjects is almost twice that of girls, whilst even fewer women are making it through technical education. In England between 2015 and 2016, only 7.5% of engineering-related apprenticeships were completed by women.

This lack of diversity is not just restricted to gender: an even lower proportion of apprenticeships – 6.8% – in the field of engineering were completed by candidates of black or mixed ethnicity, despite this demographic making up 12% of the UK workforce. Work, therefore, needs to be done to understand what barriers are preventing significant diversity in the field of engineering.

The demand for skilled engineering labour has had a positive influence on remuneration; Engineering UK found that whilst the average salary in the UK in 2016 was £28,195, the median salaries of full-time employees working in engineering in 2016 range between £32,987 and £47,394. So from that perspective, it shouldn’t be that difficult to persuade those already of working age but not engaged in the labour market to make a transition into engineering, with the right support.

Steps are being taken to increase the number of young people entering the educational pipeline towards engineering. The Technical and Further Education Act from 2017 aims to address this specific issue by looking at the perceived low value of many apprenticeship schemes, reducing or removing some of the complexities within the system itself and also compelling schools to improve the access for their students to Higher Education providers. 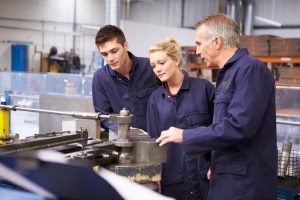 There is ongoing monitoring of the government-proposed framework for fifteen technical education routes for both employment-based and college-based training, an element of which includes the introduction of T-Levels. Delivered as part of the Post-16 Skills Plan, these proposed reforms will also include the creation of new apprenticeship standards and degree apprenticeships, the latter to assuage employers’ concerns that degree-led education does not place sufficient emphasis on practical or problem-solving skills.

Additional measures are also being taken to encourage young people to consider a career in engineering; the diversity of the profession, the comparatively higher average salaries, along with emerging new technologies and practices are all positive drivers.

Until the UK has fully agreed withdrawal terms from the EU, there will be continued uncertainty; however, it is becoming clearer by the day that engineering will not be able to rely on migrant labour to apply a temporary fix to the skills shortage. Therefore, a coherent and decisive plan must be put into place to ensure that an industry, which contributed £1.23 trillion of the £5.3 trillion total turnover generated by the UK in the financial year 2015-2016, not only survives but evolves.