Cast your mind back to the greatest feats of engineering series that we wrote last year. In the series, we highlighted important information on the construction process between each of these famous landmarks. It included some of the biggest engineering marvels of the world. 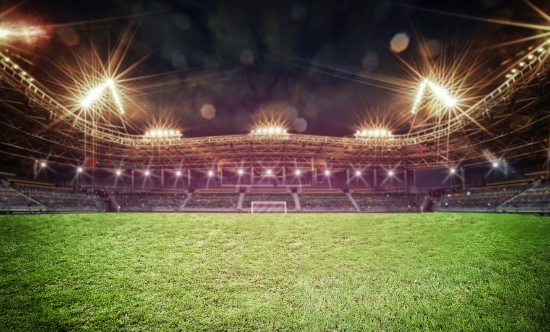 The series included Tokyo Sky Tree, the Great Wall of China and the Millau Viaduct.

It’s been a while since we revisited this particular series, which is why we thought it would be good to bring it back.

However, this one has a special theme.

With Euro 2016 well underway, we thought it would be a fantastic time to look closely at one of the biggest engineered football stadiums in the world; Wembley Stadium.

Wembley stadium opened back in 2007 and is the largest stadium in the UK, and the second largest in the whole of Europe. It’s used for some of the biggest and most important games during the football season, including the FA Cup and League Cup final. And of course, to tie in with our theme, it’s also the ground in which the England national football team play all of their home matches.

Apart from football, it also hosts other important sporting events. It was where the Gold medal matches were held in the 2012 Olympics. Some of the biggest musicians also use the stadium as an arena during their tours!

The stadium was designed by architects Foster & Partners, HOK Sport and engineers Mott Stadium Consortium. It’s considered as being one of the most expensive stadiums, costing around £798 million.

The design is based on a bowl design; it has a sliding roof that doesn’t completely close. One of the main features includes a circular section lattice arch of 23ft internal diameter with a 1,033ft span. This rises up to 436ft and supports the entire weight of the north roof. The arch structure is reported as being 133m in height and has a span of 315m. It’s the longest single span roof structure in the entire world.

The roof is essential to the operation of the stadium! Standing at 50,000m2 and weighing  around 700ot, the roof has retractable sections that are there to let direct sunlight reach the entire pitch.

The construction on the new Wembley Stadium (the other one was demolished in December 2002) started in 2003. The famous arch was fabricated on site using steel modules that were fabricated by a subcontractor. Structural engineers from the Mott Stadium Consortium worked closely with the subcontractor to transfer the load to the permanent cable net and cable.

The pitch at Wembley Stadium was designed to be lower than the previous pitch, measuring at 13ft. The size of the actual pitch is 105m long and 69m wide – as lined for association football. The turf was delivered in giant rolls measuring 12-16m long and took 25 lorry loads to bring it all. The grass was selected from 250 varieties!

The pitch has actually come under quite a lot of criticism and has been re-laid 11 times since opening in 2007.

Whatever team you’re supporting during this exciting football tournament; the team here at European Springs would like to wish them luck.

Whilst we can’t do anything to help your team score more goals, we can help you achieve your own. As specialist spring manufacturers and experts in high speed press technology, we could play an important role in your project.