23/02/2015
In the last instalment in our new series on the greatest engineering achievements we looked at the engineering marvel that is the Channel Tunnel. Here, we take a closer look at a revolutionary piece of engineering located a little further from home, The International Space Station (ISS), which is undoubtedly one of mankind’s greatest engineering triumphs. 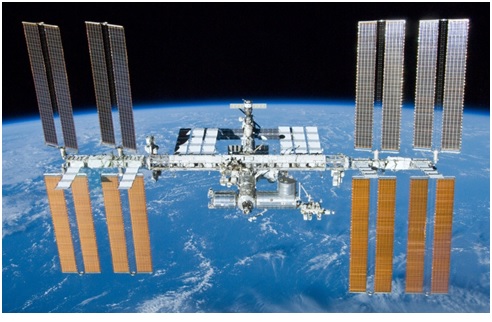 The ISS is the largest artificial body in orbit and has a permanent crew of 6 astronauts, whose mission is to carry out research within the space environment which is of benefit to us here on earth.

The construction of the ISS was a major enterprise in space architecture and was a joint collaboration between the United States, Japan, Russia ,Canada  and a number of European countries. As such it is one of the largest international endeavours ever undertaken.

It would have been impossible to build the ISS here on earth and launch it into space as a complete structure. To get around this problem the ISS is instead made up of a number of different components which were gradually built in orbit.

The first piece of the ISS was the Russian built Zarya control module, which was launched in 1998. This essential module provides fuel storage and  battery power among a number of other vital functions. The second piece, known as the Unity Node, was provided by the United States and was connected to the Zarya control module in December 1998 by the crew of the STS-88 space shuttle mission.

In July 2000 the Russian built Zvezda service module was launched atop a Russian Proton rocket. This vital component provides living quarters in addition to life support system functions. Other essential pieces of the ISS, such as its wing-like solar arrays, were added during NASA’s STS-97 orbiter mission.

The first resident crew arrived in November 2000 and since this time the station has been continuously occupied. The station is serviced by a variety of space craft and has been visited by astronauts from across the world.

In later years a number of additional components have been added, including research laboratories. The last major part of the ISS was added in May 2011, however further modules are apparently in the pipework. Today the ISS is roughly the size of an American football field and the project cost an estimated $100 billion.

The ISS is another example of engineering at its best and remains one of mankind’s greatest engineering achievements. Here at European Springs we’re a leading compression spring manufacturers and are proud to be a part of the engineering industry. For more information about our range of  high quality spring products, please don’t hesitate to contact us today by giving us a call on +44 (0) 208 663 1800, and a member of our friendly team will be happy to help you with your enquiries.