If you were to go back and read science fiction novels written 50 years ago, you would discover countless descriptions of dream technologies. Well, believe it or not, most of these imagined technological advances are now used in everyday items, and the current generation is growing up amongst some of the most innovative products known to man.

Engineering has come far within a relatively small window of time, with technologies such as 3D printing and self-driving cars, once strictly the realm of sci-fi fiction, now being a reality. Whilst we may already be familiar with most of these technological advances, even taking many of them for granted, there are still some that remain on the fringe of public awareness, and even more that are on that precarious threshold bridging sci-fi and reality.

Here are just a few of the technological marvels now on our horizon.

Invisibility has long been considered futuristic technology, if not purely science fiction, but modern technology is very much on the cusp of making it a reality. One of the first manifestations of this was in the technology used in camouflaging stealth aircraft. In terms of the kind of total invisibility that has captivated the imaginations of generations ever since H. G. Wells’ The Invisible Man, there are now a couple of technologies that can actually achieve this.

One method for making an object invisible is the use of optical metamaterials. These are materials that have refractive properties as a result of their structure, rather than the substances they are composed of. The surface structure of the material guides lights around an object, giving the illusion of invisibility.

Currently, this method can only be used in certain applications and is not quite at the level of a practical invisibility cloak. Scientists managed to demonstrate that this method could make an object shrouded in some sort of fog completely invisible. For example, an object in clouds, fog or murky water could disappear completely with just a thin layer of this metamaterial.

Perhaps in the future, the method will be able to make all objects disappear, regardless of the surrounding environment.

Active camouflage is camouflage that can very rapidly adapt to the surroundings of the object being hidden. This method of invisibility is already used in the natural world by certain species of reptiles, molluscs and flatfish. These animals achieve invisibility by countershading and counterillumination.

This natural phenomenon has inspired technology known as optical camouflage, which involves covering an object in a thin material that displays an image of the scene directly behind it, allowing the object to appear invisible.

This technology is often achieved through the use of cameras and LEDs and is still very much in the development stage. The skin doesn’t adapt quickly enough to the image captured by the camera, creating visible distortion whenever the camouflaged object moves.

Due to the sheer size of the entertainment industry, and the role that it has played in predicting futuristic technology, it’s influence on real-life engineering is understandable.

From the advancements in cinema and filmmaking to TVs and even virtual reality, entertainment technology has come a long way. There are futuristic technologies that are in use today, with upgrades and developments making their way to the market each year. 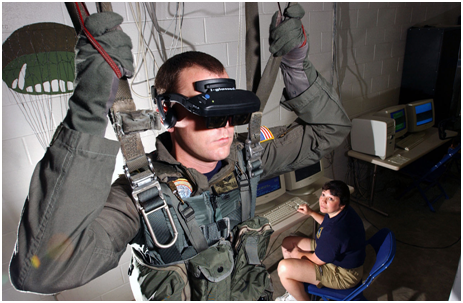 Holograms are a staple of sci-fi technology that have appeared in hundreds of futuristic films, and although we haven’t yet seen any real-life practical applications of this technology, it’s now very close to becoming a reality, with holographic phones and TVs currently in the R&D stages of several big technology companies.

Samsung patents from last year refer to this technology and there have been talks of moving it onto the market as early as 2020.

Red surprised everyone back in 2017 with a holographic phone. The company are known for their ultra-high-quality film cameras which are used by production companies and crews all around the world. You can buy this phone right now, but it comes with a hefty price tag.

Virtual reality is the next step on from TV when it comes to video displays. Virtual reality technology allows audiences to feel like they are actually in the environment depicted in the video display, and not just watching these scenes on a screen. This technology has been developed to allow users a greater sensory experience, well beyond the visual or aural realms.

While virtual reality seemed almost unachievable some years ago, everyone can now buy and experience this at some level – and without a huge price too.

Understandably, military forces need access to the latest technologies. Across history, countries have progressed from entering battle with catapults and bows and arrows to now having access to some of the most advanced weaponry available.

There is emerging technology amongst dozens of ongoing projects, from humanoid robots to bullets that are able to change their own path.  The Defence Advanced Projects Agency is in charge of these ground-breaking advancements. 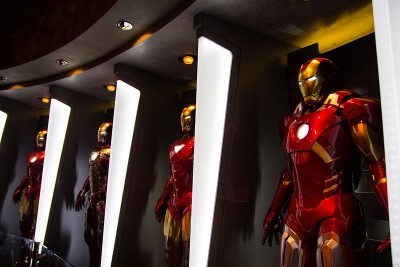 Whilst the fictional Tony Stark famously created his first suit in a cave with a box of scraps, the real-life version has the resources of the US military behind it. The project is formally known as TALOS, which stands for Tactical Assault Light Operator Suit.

The aim, naturally, is to offer soldiers better protection and tactical capabilities. There are rumours that these sci-fi suits of armour may even offer things like super-human strength, sensors responding to brain functions and liquid armour.

With soldiers being encased in fully-powered, bullet-proof exoskeletons such as the Iron Man suit, there are also actual robots which may eventually take the place of the humans on land, sea and air.

Military robotics are already beginning to become so advanced that Boeing and Northrop Grumman – two defence firms – are building unmanned fighter jets. Without the need for a human crew, these drones will be able to provide more range, stealth and payload. It is said that by 2050, drones will range from stealthy spies, resembling the smallest of insects, to re-supply and attack models. In 2015, Russia’s deputy prime minister announced that they were also turning their tanks into robots, remotely operated by soldiers with the skills of video gamers. 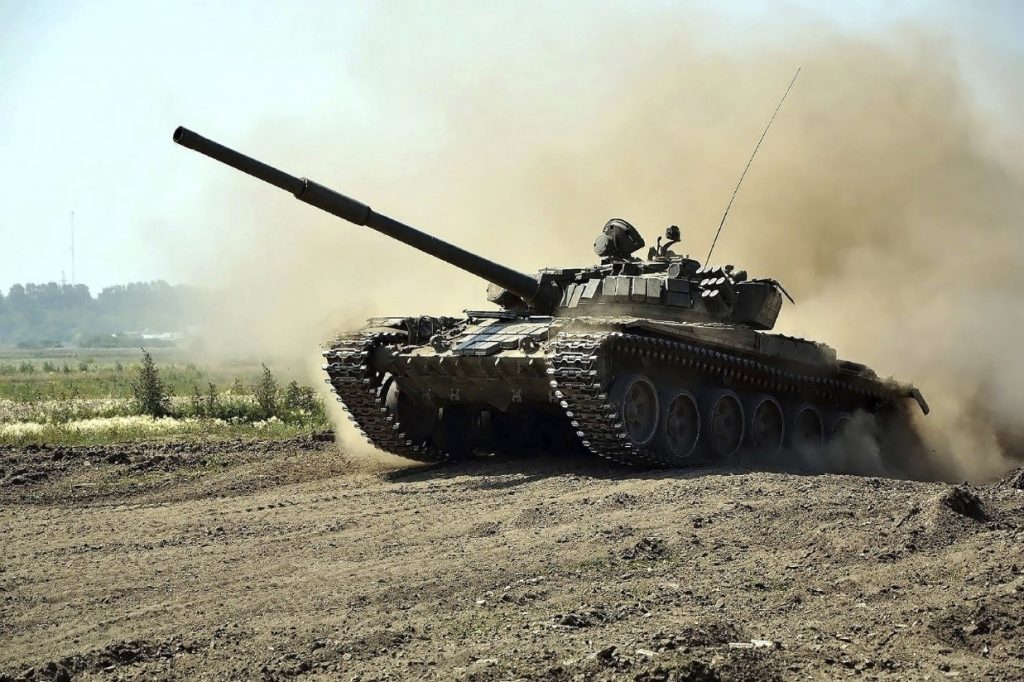 Here at European Springs, we’re interested in all forms of technology, whether it’s based in sci-fi or reality. That’s how we’ve become a leading supplier of springs with a huge range of products including tension springs.