The Woman Who Shaped the World: Famous Female Engineers (Part 2)

22/10/2015
If you remember not long ago, the announcement was made that they Institute of Engineering and Technology have appointed their very first female president which has brought a lot of attention on the world of STEM subjects, specifically a call to introduce more females into them. 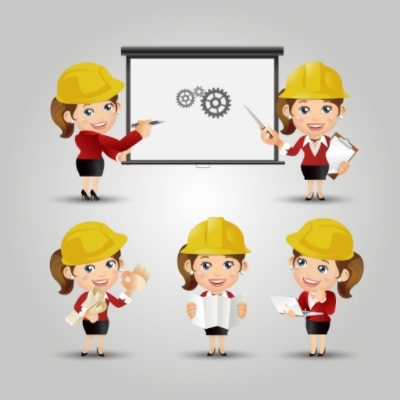 However, as our last post on the subject spoke about, women have been involved in the world of engineering for a very long time. Unfortunately, they are often unheard of or are forgotten about when there are discussions of famous engineering feats.
That’s why we’ve decided to spotlight even more today!

You might know Hedy Lamarr as a Hollywood starlet of the early twentieth century, which is what she is often remembered for. However, as engineering nuts, we know Hedy Lamarr as one of the key figures who helped in the black ops warfare in the Second World War. Once the war started, Hedy was keen to assist in the war effort, highlighting the fact that jamming of allied radio communications by the Axis as a big problem. As a result, she developed her frequency hopping theory which now serves as a basis for modern communication technology.

Before the work of Kwolek, people couldn’t claim to be bulletproof, but once she made the discovery of liquid crystalline polymers, which resulted in the product ‘Kevlar’, they could. Containing fibres that are stronger than steel, Kevlar is used to make bullet-proof vests, radial tires and airplane fuselages, as well as fibre optic cables. In the last thirty years, Kwolek got the recognition she deserved when she received the National Medal of Technology in 1996 and was named to the Women’s Hall of Fame in 2003.

One of the most travelled roads in the entirety of the United States was designed by a woman who said that she like Maths, but ‘didn’t want to be a teacher’. This was at the time when technically gifted women weren’t encouraged to pursue any other career than teaching. Reece is not only distinguishable as the first female to earn a full license as a civil engineer in 1954, but was also entrusted with the design of the San Diego-Santa Monica freeway interchange in Los Angeles!

As this clearly shows women have been a part of the engineering world for a long time, and it that time they have contributed some truly amazing feats and discoveries, ones which we still heavily rely on today.

Here at European Springs & Pressing Ltd, we make our own special contribution to the engineering world, and that’s by being one of the best spring specialists out there! As compression, flat, torsion and gas spring manufacturers, our products are used around the world in major industrial environments!
For more information, please contact us  on 0208 663 1800 and a member of our team will be happy to help with your inquiries.