Why Manufacturing Big Change Is So Difficult

With AI, robotics and automation commonly viewed as at the cutting-edge of inspirational industry, it may come as a surprise that a significant number of enterprises don’t find that smart working is giving them the outcomes they want. Adidas’ recent decision to close its two “speed factories”, for example, is a powerful example of smart tech that just doesn’t seem to be giving the desired outcomes.

But why is it that so many manufacturers are unable or unwilling to move towards a smart factory model? Here we take a look at some of the main barriers to creating a factory where AI and automated working predominates, as well as some of the major benefits which a smart factory can bring.

There’s no doubt about it, replacing traditional plant and processes with AI and robotic applications requires a significant financial injection. Whilst ultimately this may result in cost savings it can be years before the investment is recouped.

For many manufacturers, the promise of increased revenue following automation is theoretical rather than believable! Particularly in sectors where few companies have gone down the smart factory route, there may not be the concrete evidence to convince decision-makers that moving towards increased automation is going to deliver the required benefits.

Inevitably, the scale of change required to move a factory from a traditional model to Smart operation will require significant disruption. Not only is there likely to be a considerable period of reduced productivity whilst fresh machinery is put in place, but there is also considerable potential for further delays whilst workers learn how to interpret the data generated to ensure optimal results.

There are also inevitably going to be teething problems, particularly when attempts are made to mesh new technology with existing plant in order to create a seamless operation. Although ultimately the benefits may outweigh the drawbacks, in an uncertain economic climate the risk of failing to “hit the ground running” after conversion to a cleverer way of working can often be seen as too great. 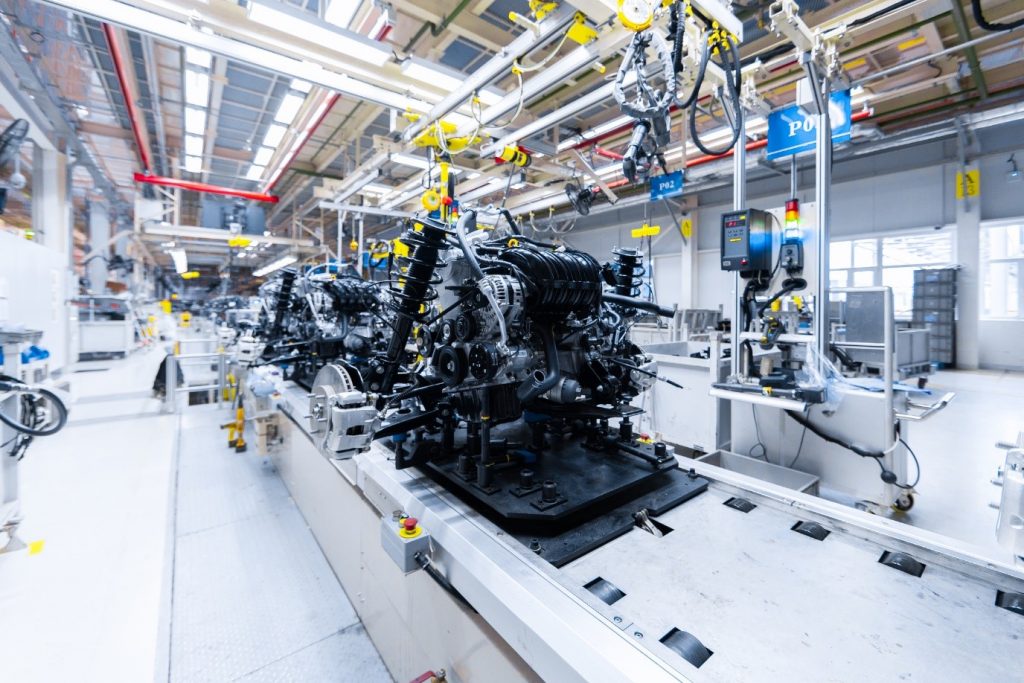 The theory behind smart working is that the plant generates data, which skilled operators can then use to inform appropriate decision making. From planning maintenance schedules that deliver optimal results, through to making adjustments to product specifications in order to deliver smaller product runs or a greater diversity of products, the data produced can be used in numerous ways.

Unfortunately, without a workforce that understands how best to utilise the generated data, it’s unlikely that optimal results will be achieved. Similarly, if AI has been introduced piecemeal, there are many challenges to overcome in terms of data integration, storage, security and usage.

Although one of the key advantages of smart factories is commonly considered to be the potential for enhanced production, a changing marketplace means that this may no longer be a key priority for manufacturing businesses. Customers are increasingly demanding custom products that match their exact specifications.

For companies engaged in custom spring design or similar, the focus is frequently on creating one-off product batches. In such circumstances, being able to produce “more, faster” (which can be a key advantage of a smart factory), is of less importance.

Inevitably, fresh technology requires workers who are up-to-speed with how it operates. Smart factories only reach their potential when there are suitable workers available to manage the various operations effectively. The nature of the technology is such that workers need to be comfortable with cross-silo working (for example, having expertise in both maintenance and production), as well as have the ability to interpret and manage large volumes of data.

The acquisition of the relevant skills can require time and investment. In addition, there is a need for a fresh attitude to the working environment, which can take considerable time to embed within an organisation. 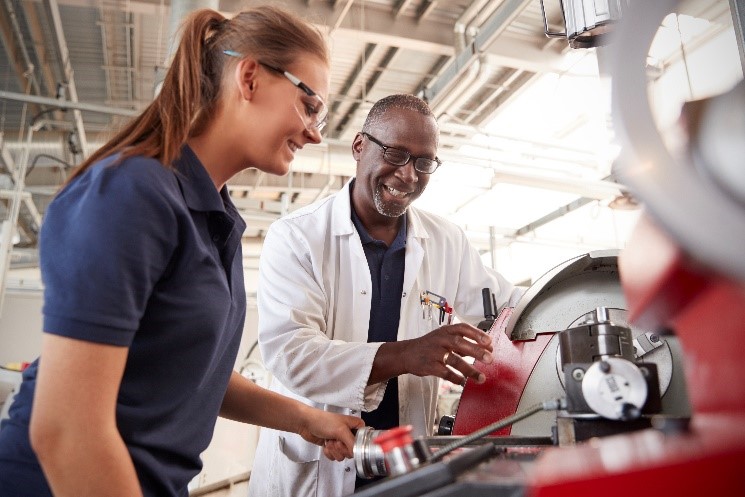 If it’s not broke, don’t fix it, is an industry maxim! Many companies have invested heavily in a traditional plant, from which their workforce is able to extract impressive performance. For factories which are currently enjoying a good return on their investment and are meeting customer needs, there is little incentive to adopt fresh technology.

In addition, blending new tech with more established plant can create unexpected challenges. It’s often easier (and much cheaper) to fit out a fresh factory with new tech then it is to try and update or modernise and existing enterprise.

There is a cultural resistance to the perceived “march of the machines” which can be difficult to challenge. Although current figures don’t lend weight to the assertion that “robots take jobs”, this is a viewpoint that’s firmly entrenched in many sectors.

Challenging this takes time and education, but may prove difficult, particularly when senior managers, CEOs and shareholders aren’t sold on the idea of a smart factory approach.

Smart Manufacturing Can Have Enormous Benefits

Robotic working and the use of AI reduces the potential for human error to an absolute minimum. Here are just a few of the other advantages that smart factory technology that your business should benefit from:

Smart factory technology allows a much higher degree of responsiveness. For companies that wish to create a greater diversity of products, custom solutions or customer-focused solutions, AI and robotics can facilitate this, quickly and cheaply.

Machinery is faster, more accurate and doesn’t feel fatigue in the same way as a human workforce. With some smart factories able to work 24/7/365, it’s clear that the potential to create more for less is real.

Smart sensors have revolutionised the way in which maintenance is conducted, significantly reducing the risk of breakdown and allowing the creation of effective early warning systems.

Robots have the ability to work in dangerous or hostile environments. Remotely controlled, they have the potential to remove workers from hazardous situations without compromising the work which needs to be done. 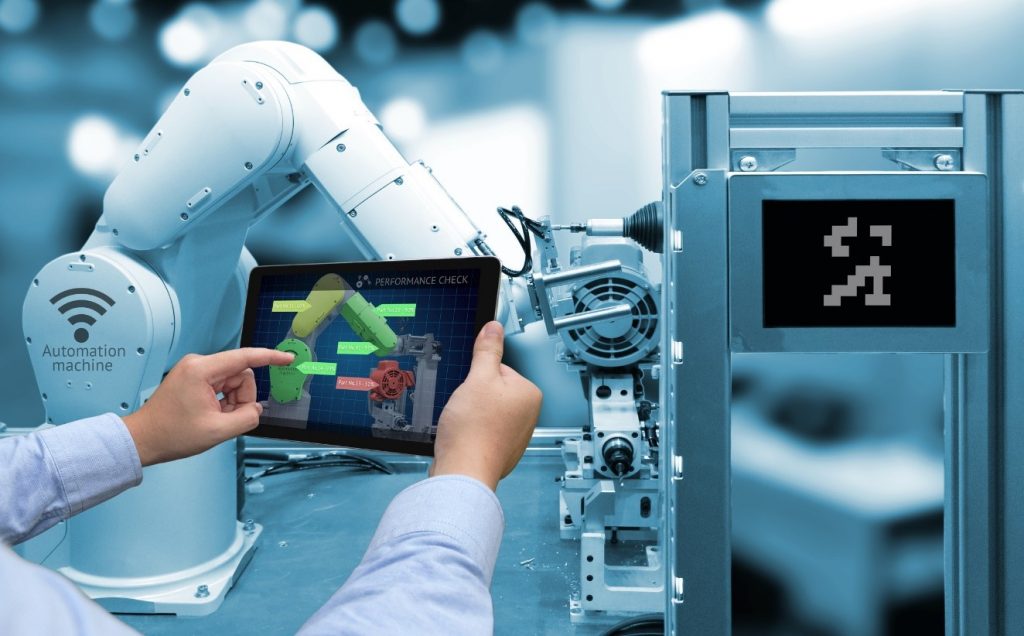 As one of the leading spring manufacturers in the UK, the team at European Springs & Pressings are keen to integrate as many smart technologies into our existing processes as possible. Over the last few years, we have made several changes to our processes and invested in the latest smart technologies to guarantee we continue to meet and exceed our customers’ demands.