02/07/2015
Everybody is familiar with leap days; every four years an extra day is added to the calendar and we have a February 29th. The reason of a leap year is to account for our 365.25 days it takes for Earth to orbit the sun and without it we'd eventually end up having winter in the UK in June. Something that you may not be familiar with is the less common leap second. Whether you know what one is or not, you felt one on the 30th June when your day was a second longer. 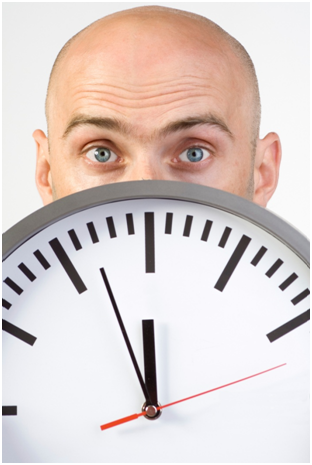 To make sure you know why your clock read 11:59:60, we'll be explaining why we need the leap second to keep our clocks and calendars in check.

Whereas the leap day corrects discrepancies with the calendar and the earth's orbit around the sun, the leap second corrects discrepancies between the clock and the rotation of the Earth. Although our clocks have exactly 24 hours in them, the Earth's rotation isn't quite that accurate. The Earth's rotation is gradually slowing down so every now and again we need to add a second or else we'd eventually have the sun setting in the morning and rising in the evening.
Leap days occur every four years in years that are multiples of four, for example 2000, 2004, 2008 and so on. The leap second isn't quite as regular though and is introduced sporadically. The National Physical Laboratory monitor the alignment of the coordinated universal time (UTC) with the rotation of the earth and add in a leap second on June 30th or December 31st when they feel that it is necessary. We've experienced leap seconds in 2015, 2012, 2008, 2005 and 22 other times in the last 43 years and we'll have many in the future too.

There are many reasons for the Earth's rotation changing so that it doesn't match up with clocks. Tidal friction has the biggest effect. As the moon orbits around the Earth its gravity pulls oceans towards it, controlling our tides and slowing down the earth's rotation. The movement of the Earth's crust relative to its core also plays a part in the changing of the rotation, as well as major geological disturbances such as earthquakes. It's hard to predict how the Earth's rotation will be affected so the leap second is only ever planned six months in advance.

Now that you know more about leap seconds you'll be able to plan how you'll spend your extra second next time it comes around. Here at European Springs we're passionate about all things science, whether it's an extra second being added to a day or the science we use to produce our products. We have a huge range of springs that we deliver to our happy customers every day, including quality torsion springs. If you would like some more information, contact us on +44 (0) 208 663 1800 and a member of our team will be happy to help.