19/03/2015
Forget the Rosetta space landing; scientists are planning the most daring space mission yet.

NASA is proposing to boldly go where no man – or robot – has gone before, by sending a robotic submarine into the alien seas of Saturn’s largest moon, Titan. 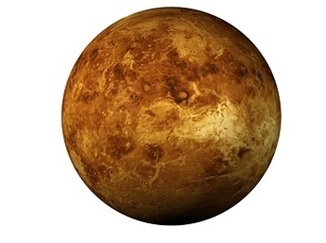 Of all the moons and moonlets in the universe, you’re probably wondering: 'Why Titan?'

But as moons go, Titan has got to be one of the most fascinating. It's the only moon with a proper atmosphere, and is one of the likelier candidates for hosting life in our solar system.

Titan resembles a deep-frozen version of our world. And Scientists believe that exploring this mysterious moon will be like looking back in time at a developing Earth. As such, Titan may just hold the clues to how life on Earth began!

Titan's surface is covered with an array of vast lakes, rivers and seas whose secrets NASA now want to uncover. However, these extraterrestrial seas are not filled with water, but rather liquid methane and ethane.

Spaceships are great and all, but to explore this strange new world, a different kind of vehicle will be required. And this is a mission better suited to a submarine. A nuclear-powered, robotic submarine, equipped with a seafloor camera and loaded with sampling systems, to be exact.

Whilst Titan's vast seas have already been extensively mapped by the Cassini spacecraft, what lies beneath their surface remains an enigma – one which this submarine could help solve.

Unmanned underwater vehicles are already widely used for both military purposes and scientific investigations. Now it's hoped that these existing technologies could be adapted for use on another world.

The mission is likely to target Titan's biggest sea, Krakan Mare – named after the legendary sea monster – which is almost 600 miles in length.
But this is no tranquil lake, and its choppy waters are unlikely to make for plain sailing.

In addition to an extremely hostile alien environment, the sub is likely to face a number of other challenges too, which the engineers working on the project are battling hard to overcome.

One of the most significant problems facing the team is how to even get the submarine to Titan in the first place, since it won't fit into the landers used in previous space exploration missions.

Luckily though, a number of innovative solutions, including launching the vessel from a specially designed space plane, have been proposed to surmount this predicament.

Engineers revealed their plans for the mission at the recent NASA Innovative Advanced Concepts symposium – an initiative designed to encourage scientists to think outside the box. You can check out NASA's concept video for the mission below:

So far a tentative launch date has been set for around the year 2040. And should this mission go ahead, it will be as unprecedented as it is extraordinary.

This has got to be one of the most impressive feats of engineering ever undertaken, and we can’t wait to see this visionary project realised. After all, who knows what hidden treasures and undiscovered life-forms may be hidden on this far-flung world.

Here at European Springs we’re passionate about engineering on all scales, and love to keep up-to-date with all the latest news from the engineering field, including awesome ventures such as this.

For more information, contact us today, by giving us a call on 0208 663 1800 and a member of our friendly team will be happy to help you with your enquiries.