Made in Britain – Manufacturing Focus on Reshoring

With Brexit already having an impact across all industries, many manufacturers have taken steps to move their production lines back to the UK, and many more are set to do so in the coming years.

The pandemic has highlighted the instability of producing goods abroad that cannot make it to UK shores in the event of a crisis. Brexit already looks set to make transporting goods from the rest of the EU more difficult and/or costly.

Here at European Springs & Pressings, we are proud to be a British-based manufacturer, as demonstrated by our official Made in Britain accreditation. Here’s a look at the Made in Britain organisation and what we can expect from the manufacturing industry over the next years.

What is Made in Britain?

The Made in Britain mark is used by accredited businesses that sell goods that have been manufactured or undergone a final substantial change in Britain before going on sale. It is an internationally recognised trademark that helps to promote the very best in British manufacturing.

We are proud to be one of the thousands of manufacturers that are part of the Made in Britain organisation. The mark assures our customers that our products are British-made and that all of the labour that goes into the creation of our products is in Britain.

What are the Benefits of Reshoring?

The challenges brought by COVID19 and the concerns over Brexit has increased the importance of bolstering the UK manufacturing industry, ensuring that supply chains are ready for an uncertain future.

Manufacturers moved production to countries like China to produce their goods more competitively. Still, as the overseas price advantage dwindles, more focus is being put on local products, face-to-face personal contact, and quality assurance – and that is driving business back to the UK.

The recent crisis has illustrated how many companies struggled to get crucial components from existing supply chains when their offshore suppliers were unable to ship them out. It’s highlighted that UK manufacturers need to be more adaptable. Suppose the UK moves more towards domestic production. In that case, it will reduce the likelihood of shortages caused during a crisis, which will be necessary for the future resilience of the UK economy and the manufacturing industry.

Reshoring can also benefit delivery times, as businesses will not have to factor in waiting times for deliveries across the globe, which can be anything from a few weeks to months. Due to the small size of the UK, fast delivery times are almost guaranteed, and issues like returns can be resolved much more quickly.

Lower labour costs from offshoring was an attractive prospect to many businesses. Still, a British manufacturing survey conducted by Lloyds Bank found that 71% of companies intending to bring their operations back to the UK were doing so as they wanted to improve the quality of their goods. It’s a good indication of the high standards upheld by British manufacturers, and it has positive implications for the UK manufacturing industry and supply chains.

Reshoring can improve a company’s ability to be flexible, due to there being less order quantity limitations. There’s also more scope to develop a relationship with local suppliers, which is easier to do from the UK than with a seller overseas. Reshoring manufacturing can improve the UK economy, the job market and the overall quality of products produced. 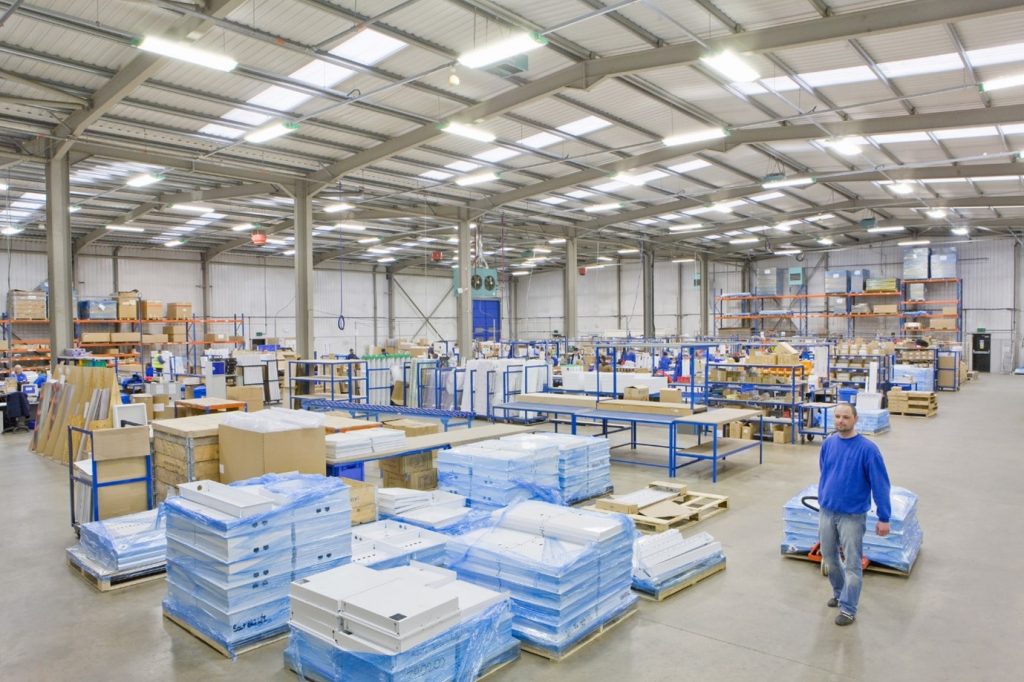 The pandemic has highlighted just how reliant UK manufacturers are on overseas supplies, so re-establishing UK production is more critical than ever.

Industrial hardware specialist Albert Jagger re-shored to the UK after conducting a risk assessment of their supply chain and evaluating the financials of the process. They found that once they factored in shipping, handling and the environmental impact, the overall terms were better for the customer, and the outgoing costs would be cheaper for them. They invested in the equipment needed to manufacture in the UK and reskilled their workforce. The benefits for them moving operations back to the UK was that they could take complete control of their products from start to finish; they expect a significant increase in the number of units they produce each year and they saw a substantial rise in sales.

We can expect more manufacturers to make similar changes over the years as the instability of the pandemic and Brexit causes people to think more about the future.

Here at European Springs & Pressings, we are expert spring manufacturers offering a bespoke spring and pressing design service that is manufactured in our factories in Cornwall and Kent. Contact us today to find out why we are the largest manufacturer of springs in the UK and discover what we can do for you.