Greatest Feats of Engineering: Part 4 – The Great Wall of China

21/04/2015
In the latest instalment of our continuing series on the greatest feats of engineering, we’ll be looking at the truly remarkable Great Wall of China, which is viewed as one of mankind’s most amazing achievements in construction and engineering. 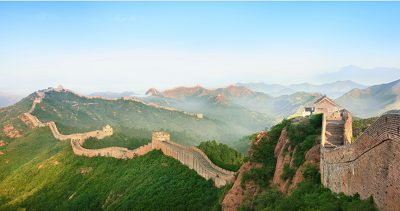 The Great Wall of China, which is located across the historical northern borders of China, is 5,500 miles long and was constructed over a period of approximately 2000 years. The Wall has many purposes, but was originally built as a defence mechanism against raids and invasions of the various nomadic groups of the Eurasian Steppe.

Construction of the wall began in 475 BC, with the purpose of protecting China against the invasions of the Huns, the story of which was somewhat captured in Disney’s Mulan. These early constructions were born out of the various states of Qin, Wei, Zhao, Qi, Yan and Zhongshan each constructing their own protective borders, which were built to withstand an attack from swords and spears.

Over time, these defences were repaired and reinforced, with the wall we know today beginning to take shape by the 12th Century. When the Ming dynasty came to power in the 14th Century, the Great Wall concept was revived in order to protect China from the Mongolian tribes.

Unlike the earlier walls, which were primarily constructed from tamped earth and wood, the Ming Great Wall was constructed out of bricks and stone. Up to 25,000 watch towers were built along the wall, which helped to defend China against numerous attacks from invaders.

Can You Really See It From Space?

One of the most common references to the Great Wall in popular culture is that it can be seen from the moon, although this myth has been debunked many times.

At its widest, the Great Wall extends to around 9.1 metres wide, with most of the wall being coloured to match its surroundings. Only an object or structure that was a significantly contrasting colour to its surroundings would be visible from the Moon with the naked eye, and with a viewing distance of 238,000 miles, the Great Wall would have the same visibility from the Moon as a human hair would if it was viewed from 3.2 miles away, however this makes it no less of an engineering miracle, and the famous landmark can be seen from a very low orbit.

We hope you enjoyed reading about yet another great feat of engineering. Here at European Springs, we love to celebrate any engineering triumph, and with our range of compression, tension and die springs, we can help to make your project a success. For more information, contact us today by calling 0208 663 1800.