27/10/2015
The world of Sci-fi opens up some very interesting ideas, especially as engineering and science are concerned, and it just so happens that science and engineering are two of our biggest concerns (that sounds ominous, but we just wanted to make the pun work). 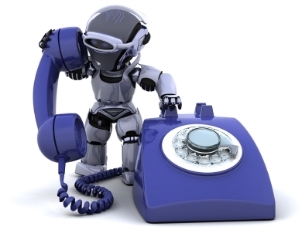 But the tendency has been for Sci-fi imaginaries to come up with an idea, and several years later we’ve turned it into something more than fiction. Sometimes of course, the inventions may look different, or they may even have a different name but in the end, they’re the same.

In all honesty, we think it’s fantastic that some of these inventions actually see the light of day because they continue to inspire creativity while also promoting the worlds of science and engineering at the same time.

There have however, been some inventions based off of Sci-fi fiction which have turned more than just a few heads. Some fly under the radar until you come across them in a gadget shop while your half-heartedly Christmas shopping for your flatmate. But there are some that have, and are set to revolutionise the engineering and scientific community forever, and these are the ones we want to spotlight here today.

Whether you remember the Jetsons or not, they had an abundance of robotic characters, and considering we’ve been talking about robots a lot recently, we thought it only appropriate to spotlight a couple that have come true already. You might have seen the Roomba on Breaking Bad but basically it’s a small hoover that drives itself around and cleaning the floor as it goes. Just make sure you don’t step on it because it will continue moving – it’s that dedicated to its job.

Mahru-Z isn’t as spectacular an invention, even though it is actually a fully functioning robot. You might think that because of all the robot talk recently, we might not find them as interesting anymore but the reason we say Mahru-Z isn’t that great is simply because it’s prone to mess up a lot of the time. However, we hear it can make a great round of toast and mop the floor to perfection! Still a robot though so it’s going on this list.

The space helper featured in Stanley Kubric’s sci-fi masterpiece wasn’t far off from the future: Canadarm, a robotic arm that helps move equipment and astronauts. It made its space debut all the way back in 1981 and assisted with missions for over 30 years before being retired in place of its successor, Canadarm2, which saw launch this year.

Back before video games were even a concept, Arthur C. Clark wrote about them in his novel, ‘The City and the Stars’, in which on an alien planet, a city called Diaspar is run completely by computers and people can live up to a 1000 years if they plug themselves into a Saga Game, which is near enough the real world, but completely virtual.

Well ever since, virtual reality has been something a lot of people have speculated about, but until a few years ago, it was still in the world of fiction. Now we have Oculus Rift, a device which lets you immerse yourself completely into a game. Kind of scary, but also amazing!

So there we have it! Of course, there are many other sci-fi fantasies which became reality, and we’re sure they’ll be a few more in the years to come.

It’s stuff like this which makes us proud to be part of the engineering community where so much is being created on a daily basis, as this blog makes clear! What also makes us proud to be a part of this community, is that we can supply some of the best conventional gas springs on the market! For more information, contact us on 0208 663 1800 and a member of our team will be happy to help.