11/08/2016
A group of extremely talented engineers from the John A Paulson School of Engineering and Applied Sciences, within Harvard, the prestigious Ivy League University in America, have created the very first entirely soft robot. 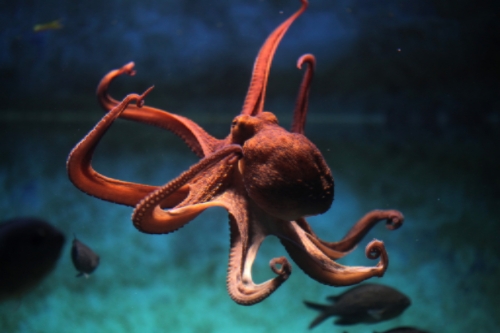 The subject of robots is definitely a fascinating one for us here at European Springs, which is the reason why we like to keep up to date (and keep you guys updated) with the latest robotic news!

We were extremely fascinated by the news of this new soft robot – a design that has been given the nickname Octobot. The device, which is powered by microfluidics, has been influenced by the movement, strength and elasticity of octopuses. The Harvard engineers have admitted that these sea creatures have long been inspiration for their breakthrough in robotic design.

The engineers were fully aware that they had set themselves a seemingly impossible task – a robot with no rigid parts has never been done before. Previous attempts had struggled to come up with effective ways to replace the usual components such as batteries and controls. Would it be possible to design a working system that was completely soft?

The extensive research carried out by the engineers at Harvard have shown that this is entirely possible. The robot – Octobot – is driven by small amounts of hydrogen peroxide. A small amount of liquid fuel is converted into gas through a chemical reaction – this is used to design the soft limbs of the bot.

A 3D printed microfluidic logic circuit is what is responsible for controlling this reaction and controlling when the peroxide decomposes to gas. This is also used to 3D print the functional components that will be used within Octobot – such as the fuel and power storage.

Now that the initial concept and research has been completed, the team over at Harvard will now go on to fully design a robot that can crawl and interact within its environment.

They hope that their design will go onto inspire and influence science and roboticists in the future.

There is definitely more to come now that we’ve had this breakthrough in robotics and we can’t wait to hear more! Don’t worry; we will definitely keep you updated!

Until then, please don’t hesitate to contact us for more information on how we can help you make a breakthrough in your own engineering masterpieces.