Cyborgs may be considered the stuff of sci-fi films, a combination of both organic and bionic parts, but these days they’re closer to being fact than fiction – even if they are a little on the small side. 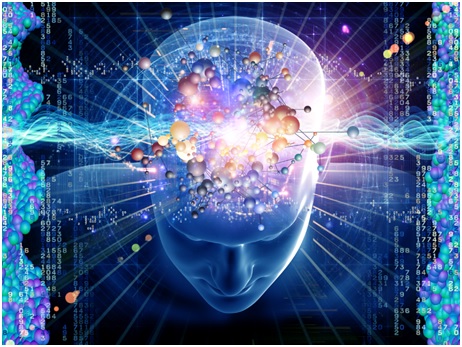 Researchers are finding ever-more innovative ways of combining living organisms with non-living machines to solve a variety of pressing problems. And thanks to a new innovation, scientists are one step closer to developing living, breathing drones which could, one day, be coming to your rescue.

Is it a bird, is it a plane? No it’s a beetle, sporting a rather sophisticated-looking backpack, and it could one day be the face of search and rescue.
Beetles are amazing flyers, and whilst engineers are working hard to develop similar robotic flyers of their own, it’s hard to beat the built-in biology of these astonishing creatures.

In a series of experiments, designed to uncover the secrets of insect flight, researchers recorded neuromuscular data from beetles as they performed some pretty spectacular aerial acrobatics.

Based on this work, the team were able to figure out which muscles are involved in the control of a beetle's wing and steering movements. And equipped with this knowledge, they’ve now developed an innovative method of controlling a beetle's flight. That right, remote-control beetles are real!

How Does It Work?

Engineers fitted beetles with specially designed backpacks, featuring tiny computers and a wireless radio. This device allows signals to be sent to the beetle every thousandth of a second.

These signals stimulate tiny muscles located beneath the insect's wings. Equipped with this bit of kit, the beetles can be made to take-off, land, fly in different directions, and even hover in mid air!

You can check out the beetles in action by taking a look at the video below:

This isn’t the first time electronics have been used to control the movements of a living creature. In fact, you can even buy a kit to commandeer a cockroach in your own home – should you wish to.

But it's the first time radio signals have been used to control the fine aerial movements of free-flying bugs.

What Could It Do?

With the right refinements, these cyborg bugs have the potential to be infinitely useful and could even help save lives. For example, it's hoped that in the not-so-distant future technology such as this could be harnessed for use in emergency situations.

Fitted with temperature sensors, bio-bots like these could help find survivors in terrain normally inaccessible to humans.

This latest development is a fantastic example of how science and engineering can work together to produce something that's nothing short of amazing.

As a leading manufacturer of a range of spring products, here at European Springs, we know a thing or two about science and engineering. After all, producing top-quality springs is not just an art, it’s a science too. And we believe that all our springs, including our innovative disc springs , are a spectacular feat of design and engineering.
Want to know more? Then contact us today, by giving us a call on 0208 663 1800.