Are Robots Learning to Reproduce?

21/08/2015
It may seem like the stuff of Hollywood legend, but with so many advancements in robotic technology, you can be excused in thinking that the Artificial Intelligence takeover of the world is looming ever closer. 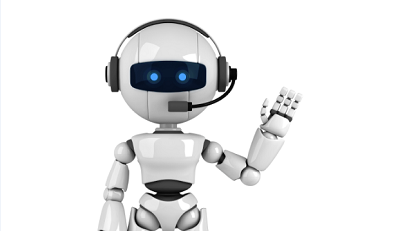 An announcement made recently by engineers at the University of Cambridge seems to have furthered those fears; they have designed a robot which can develop baby robots which improve with each successive generation.

As custom spring manufacturers with a penchant for engineering, this revelation has both intrigued and excited us, so let’s take a deeper look at this new baby robot making machine.

The main robot, known affectionately as the mother robotic arm, has been programmed to create and nurture miniature baby robots which were completely capable of moving (or walking) across a surface.

Thanks to the AI programmed in the mother robot, it was able to create and improve each successive generation of baby robots; essentially learning what worked and what didn’t when it came to creating successful baby robots that could move across the surface. This replicated the process of mutation which is seen in real life.

The smaller baby robots are created with a unique genome which is made up of one and five genes which controls the shape, motor commands and movement style of the robot. This is what the mother robot adapted and mutated to create more successful robots.

The baby robots that moved from one point to another in a specific time frame remained the same, whereas those which failed to move to the position were adapted and modified to be successful.

At the end of the experiment, the fastest baby robots were recorded as being twice as fast as the first generation at the beginning of the trial. This is possibly due to the mother understanding and learning what movements and shapes moved best.

Darwin’s Theory of Evolution
The research was based around Darwin’s theory of evolution and the concept of natural selection. Researchers wanted to prove that robots can do so much more than just automatic tasks, and that there is a basis of learning and innovation when it comes to how robots can operate.

Fumiya Iida is the lead researcher of the Department of Engineering at Cambridge and has announced that the research looks further into how intelligence first came about, stating One of the big questions in biology is how intelligence came about we’re using robotics to explore this mystery,

Ida has also dismissed fears that robots are becoming too intelligent for us; It’s still a long way to go before we’ll have robots that look, act and think like us.

Although it’s quite a scary to think that robots are becoming more intelligent and can perform more intricate and life-like tasks, here at European Springs, we can’t wait to see what the future holds for the future of robotics.

We may not be able to supply you with a fully functioning mother robot, but we do have a wide selection of pressing and spring products to aid you in a variety of different applications. Don’t hesitate to contact us today by calling 0208 663 1800 and our team will be happy to help you find the perfect solution for your needs.