30/03/2015
Sometimes innovation is the product of chance, not choice. Call it fate, or luck, but throughout history, every so often, serendipity becomes the mother of invention. And some of the world greatest inventions owe their existence to chance. 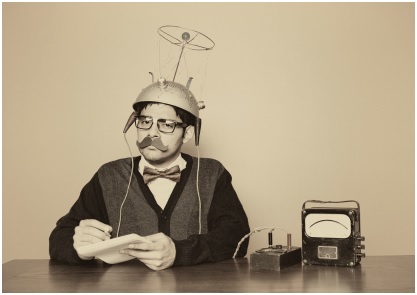 Intrigued? Then read on, and discover some of the most awesome accidental innovations, and the rather amusing stories behind them.

Where would we be without microwaves? These cooking kings are a kitchen staple and it’s hard to imagine our homes without them. But were not for a spectacular act of serendipity, we may just have had to.

The microwave is the brain-child of pioneering electrical engineer, Percy Spencer. Back in 1945, Spencer was experimenting with a magnetron – a device capable of producing microwave radiation – when he noticed that a chocolate bar in his pocket had melted!

His initial disappointment over the demise of his sweet treat soon gave way to curiosity. With his interest ignited, Spencer began experimenting with other objects such as popcorn – that’s right you’ve got Spencer to thank for microwave popcorn too!

Spencer soon saw the revolutionary potential of this technology as a culinary device, and went on to produce what is considered to be the first true microwave oven.

Non-stick Teflon pans are pretty miraculous really, and as it turns out, their invention was a bit of an accidental miracle too. Polytetrafluoroethylene – known as Teflon for short – was in fact discovered entirely by chance, by chemist, Dr. Roy Plunkett.

Whilst on a quest to discover a new refrigeration technology, the Christopher Columbus of the chemistry world, Dr. Plunklett, hit upon a material as unusual as it is useful – Teflon.

After months of experimenting with a variety of different chemicals, Dr. Plunkett returned to his lab one day, only to find that a canister that should have been full of gas now appeared to be mysteriously empty.

Upon closer inspection, he was astonished to discover that the inside of the canister was coated with small flecks of white powder. This mysterious stuff had some pretty unique properties too.

Intrigued, he began experimenting with the substance further and discovered that not only was it a fantastic lubricant, it was capable of withstanding extremely high temperatures too. And so Teflon was born – this substance is now used for applications as diverse as military gear and cookery pans!

Sometimes it’s possible to find inspiration in even the most unusual places – even your dog’s fur.

Whilst out walking his dog, Swiss engineer George de Mestral noticed the rather exasperating tendency of burrs to cling to his dog’s fur. Fascinated by this, he decided to inspect these bothersome burrs further – under a microscope. What he found changed the face of fashion, amongst other things, forever.

Mestral observed that these burrs featured tiny hooks, which enabled them to cling on to fabric and furs with remarkable persistence.
After years of experimentation, Mestral was finally able to reproduce this natural attachment method, using two strips of fabric – one featuring a series of tiny hooks and the other thousands of minute loops. He named this invention Velcro – and the rest is history.

We hope you’ve enjoyed this round-up of some truly amazing accidental inventions. As custom spring manufacturers, here at European Springs we know a thing or two about inventions. All of our springs are a work of innovation, and we’re constantly looking to develop new, ever more inventive products.
Want to know more? Then contact us a member of our team today, by giving us a call on 0208 663 1800.