17/04/2015
Here in the second instalment of our series on accidental innovations, we'll be looking at more of the fascinating inventions that were stumbled upon by accident.

Some inventors can spend years attempting to perfect their products, going over and over every detail. Then, once in a while, brilliance just happens in a moment of pure luck.

That's why this series is celebrating those people who unintentionally discovered some of the greatest inventions in history. 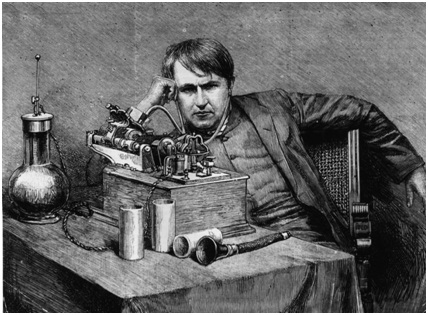 Scientist Alexander Fleming accidently discovered penicillin in 1928. Whilst he was on holiday, he had left a stack of dirty petri dishes on his work station, as he hadn't had time to sort them out before he left.

Once he returned from his holiday, he discovered that most of the dishes had been contaminated, which was expected from being left unattended in a lab.

As he closely inspected the dishes, he noticed that a dish containing staphylococcus had been covered mostly in bacteria, apart from one area where mold had started to grow. The most surprising part was that all around the mold, there was no bacteria, which meant that this mold must have stopped it from growing.

From this, he realised that this could be used to kill different kinds of bacteria, and this was where the idea of penicillin was discovered.

We're all thankful that Alexandra was in a rush to go on holiday that day!

X-rays are widely used in hospitals and it's a machine that medical establishments heavily rely on. This is why it might come as a surprise to you that the X-ray machine was also an accidental invention.

It was created by a German physicist who invented it whilst he was messing around with a radiation cathode during an experiment in 1895.

Wilhelm Roentgen was looking into the path of electrical rays that were passed through an induction coil through a partially evacuated glass tube. This tube was covered in black paper, and the room he was in was pitch black. So he was pretty surprised to discover that a screen covered in fluorescent material was being illuminated by the rays.

He quickly carried out more experiments, in which it was discovered that these rays could pass through more substances and also cast shadows of objects on pieces of film.

A week after he made his discovery, he decided to take an X-ray photograph of his wife that clearly exposed her bones and wedding ring. The public were amazed and hence the first version of the X-ray machine had been discovered.

We hope that you enjoyed another run-down of some of the most fascinating accidental inventions of all time. As compression spring manufacturers , here at European Springs we are pretty clued up on all things inventive. After all, we create all of our springs, and are constantly looking to build on new ideas. If you'd like any information on our work then please contact us on 0208 663 1800 and a member of staff will be happy to help.